These days, I seem to be getting more frequent inquiries regarding the benefits of narrative 360° feedback verses survey-based 360° feedback. As a more time consuming, labour-intensive and costly exercise, why would you want to select a narrative-based approach over a less costly, more time efficient survey-based tool?

Here are five key considerations that will help in your decision-making process:

While 360° feedback, regardless of format, offers real value if conducted properly – providing some additional thought into the question of narrative vs. survey-based 360 feedback is definitely worth the effort.

Scott Borland, Founder & President of CYGNUS Management Consultants Inc, , is a recognized expert in helping executives host strategic conversations and obtain high impact feedback. He brings insightful perspective and proven strategies to strengthen the alignment between strategy and leadership behaviour. Scott has presented frequently at regional/national conferences and is a regular contributor to online journals/blogs. Follow Scott on Twitter or add him as a connection on LinkedIn.

There are no comments yet - be the first to comment! 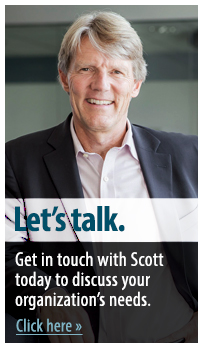